Among the jade cultures of the late Neolithic Age in China, the most outstanding representatives were the Liangzhu culture of the Taihu Lake Basin. According to incomplete statistics, the current Liangzhu culture jade unearthed from archaeological excavations has exceeded 15,000 pieces in a single piece. In addition, it has been flown into museums and private collections at home and abroad since the late Qing Dynasty and the early Republic of China. It is conservatively estimated that the worldâ€™s Liangzhu culture jade The total number of collections is not under 20,000. The number of such jade articles, both in China and in the world, is unmatched at the same time. 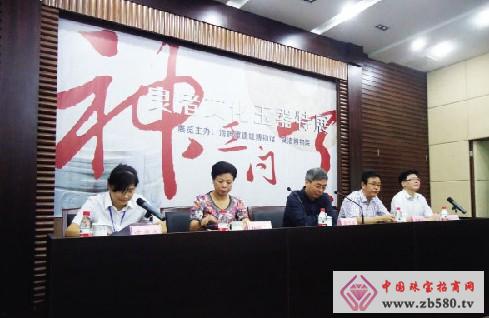 Among the original jade artifacts of Liangzhu Culture and the first jade artifacts, most of them are only found in Liangzhu Culture. They belong to this unique family. There are many types of shops, such as hollow humanoid jade ornaments, Shenren beast face jade ornaments, and jade looms. Decoration, etc., are the only ones. However, there are also a few types of models with super strong influence and tenacious vitality. They have been passed down for a long time and have been given new forms and connotations, thus developing into a typical class in ancient Chinese jade. For example, the jade-shaped outer shape of the inner circle is not only the most famous jade ware of Liangzhu culture, but also the jade with the widest radiation surface and the strongest influence in Liangzhu jade. In the late Neolithic period, its influence reached the north of Shijiazhuang site in northern Shaanxi, the Pearl River estuary in the south of Guangdong, the Qijia culture in the northwest to the Ganqing area, and the southwest to the two lakes, involving the core distribution areas of Liangzhu culture, Jiang and Zhejiang. More than 10 provinces outside Shanghai. Although the jade unearthed in the prehistoric jade cultures of these different regions mostly showed plausible features in terms of shape, ornamentation and crafts, it is precisely because of their relay-like transmission and development. In the end, it was able to blend into the jade ritual system of the mainstream civilization of Xia, Shang and Zhou Dynasties, and glow in the origin and early stage of Chinese civilization.

The strong pioneering and innovative ability of Liangzhu Culture Jade is not only reflected in the emergence of many original and original creations, but also in the previous stage of jade culture in the series of ç’§, é’º, ç’œ, ring, bracelet, çŽ¦, comb back and so on. The traditional jade ware is also fully presented. The old bottles are filled with new wines, and there is another breakthrough in the tradition, which makes the Liangzhu culture jade artifacts in terms of shape, ornamentation, craftsmanship and usage, etc., which are innovative and colorful, forming a unique and unique feature of the overall style.

It can be said that it is innovation and breakthrough that will make Liangzhu culture jade become the highest peak of unparalleled prehistoric jade culture.