The good news is that Alexander Wang, along with his vacation collection, has decided to open his second flagship store next year, which is located in Beijing. This season, people see other luxury brands play down their style to better serve the global market, but the king did not deal with this, on the contrary, he exhibited in the autumn and winter series of urban, practical and stylish appearance is still its holiday series The focus is just this time with more sporting elements. 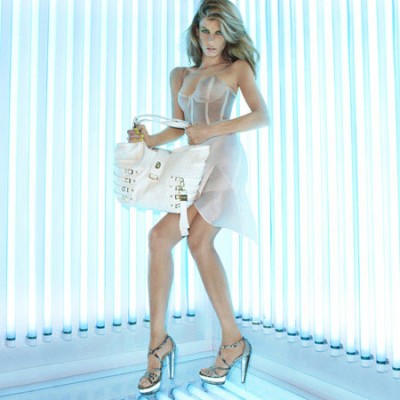 As the new CFDA annual accessories designer, Alexander Wang first introduced sports shoes, as a series of the best complement, through the 70's marathon athletes to sign. His starting point is the literal and more figurative impressions of colored, contrast-trimmed shorts. Front zipper jacket as smooth as glass, pants, sportswear lazy sense of the sexy black dress is like a diving suit that streamlined.

Here's the look of the respirator's reference, the crafting swimwear worn by the designer everywhere, along with his original dress on his clip art. Bikini as a single cascade is the summer of New York girl sports a look, the king has its own choice: as the basis of the two sets of fabric patchwork wind vest and black pants. His brand has become popular, but he shows a clear focus on his new starting point, the street style.